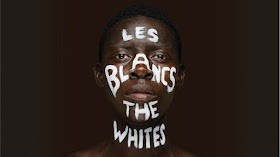 When Lorraine Hansberry died in 1965, aged just 34, she left uncompleted a final play, Les Blancs, a large-scale saga about an unnamed African country’s struggle for independence from colonial rule. The unfinished play was entrusted to the care of Robert Nemiroff, Hansberry’s ex-husband and creative associate, who gathered Hansberry’s drafts into a performable text which was presented on Broadway in 1970 with James Earl Jones among the cast. However, the play received a mixed response and has hardly been seen since.

Les Blancs’s status as a lost classic of the 20th Century American stage is fully confirmed by Yaël Farber’s sensational new production, which has just opened at the National Theatre. Benefiting from a text that combines Nemiroff’s adaptation with fresh revisions by Farber and dramaturg Drew Lichtenberg, the production grips and sometimes startles, igniting the Olivier stage across its 2 hour 45 minute running time.

A considerable move away from the form of Hansberry’s A Raisin in the Sun, Les Blancs is a prismatic play, combining naturalism with bold expressionist flourishes, and the genius of Farber’s production lies in the scrupulous way in which it attends to the work’s contrasting modes and moods. The echoes and associations run deep through the evening. At times the play suggests Chekhov in its attention to a coming new order; at others it reaches back to Ancient Greek drama or incorporates an interlude of Shavian speechifying; and in the next moment it can remind you of something as contemporary as Lars von Trier’s Manderlay (2005) or Claire Denis’s White Material (2009).

At its heart, though, the play is a family story, for which an alternative title might be Three Brothers. Tshembe Matoseh (Danny Sapani) returns to his native village in Africa after the death of his father following time spent in the US and Europe, which has included marriage to a white woman. There Tshembe reconnects with his two siblings: Abioseh (Gary Beadle), who, to Tshembe’s disdain, is about to become a Christian priest, and his younger half-brother Eric (Tunji Kasim), who appears to be sliding into alcoholism. As the complexity of the family’s history, and their relationship to the colonisers who’ve ruled and “educated” them, gradually becomes clear, Tshembe finds himself in the middle of an escalating violent conflict between natives and settlers, and is challenged with finding his own place in the struggle against oppression.

Hansberry’s play is a work in which the personal and the political are so interlinked as to be inextricable, and Farber’s staging offers a dynamic mingling of the intimate and the epic. From the eerie wordless opening onwards, the atmosphere is heady, charged, dreamlike, thick with rot. Soutra Gilmour’s revolving set makes the Mission compound of the absent “patriarch” Reverend Neilson its focus, spinning to the powerful chants and ululations of a quartet of South African female musician/singers: Nofenishala Mvotyo, Nogcinile Yekani Nomaqobiso, Mpahleni (Madosini) Latozi and Joyce Moholoagae.

If a hint of cliché occasionally hovers, Farber ensures that the production feels fully inhabited at all times, with sweeping servants and children standing as mute witnesses to atrocity. A wide variety of perspectives accrues: as the set spins, we see the characters from multiple angles, the actors working together as a true ensemble.

There’s Siân Phillips, as the Reverend’s blind elderly wife, recalling past friendship with the Africans and reaching out tenderly to touch the face of the returned Tshembe. There are two doctors (Anna Madeley and James Fleet), the one briskly efficient and unquestioning, the other disillusioned and self-loathing. There’s an American journalist (Elliot Cowan), who’s come to write a piece on the Mission and whose naïve can-do perspective receives some harsh tests. There’s Clive Francis as Major Rice, a chilling embodiment of the coloniser’s sense of possession and entitlement.

The production even succeeds in rendering effective one of Hansberry’s hokier conceits: the appearances of a “Mother Africa” figure named The Woman (Sheila Atim), who stalks the stage, labouring and observing, and appears at moments of crisis in Tshembe’s narrative. At the centre, of course, is Tshembe himself, and Danny Sapani inhabits the role with a searing combination of passion and nuance that hot-wires us to the character’s conflicts. His scenes with the excellent Beadle and Kasim are particularly fine.

Les Blancs is a rich, robust, challenging evening of considerable rewards, a production whose depths require more than one viewing to fully assimilate. Opening with smoky apocalyptic rumblings, the proceedings are brought full circle at the end with an incendiary climax that’s as startling as it is inevitable. Part nightmare, part dream of fulfillment, these final moments confirm the production’s greatness and the extent to which Farber and her collaborators have done justice to the breadth and reach of Hansberry’s vision here.

Les Blancs is booking at the National Theatre until 2 June 2016.