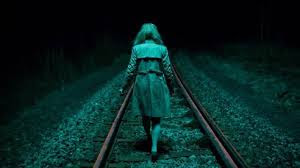 Always startlingly different, Gabriela Muskała gave several of the most memorable performances that I had the pleasure to see this year, whether as the eager beaver student in Marek Koterski's 7 Emotions (7  Uczuć), or on stage as the adulterous matriarch in Małgorzata Bogajewska's outrageous production of Ich Czworo at Łódź's Jaracz Theatre. Best of all, though, was Muskała's quicksilver turn as Kinga/Alicja in Agnieszka Smoczyńska's brooding, moody Fuga (Fugue). Here, working from her own script, Muskała plays a wife and mother returning to the family fold after two mysterious years of absence, unable to remember anything about her past identity.  Well supported by strong work from Łukasz Simlat and Iwo Rajski as her spouse and son, Muskała's performance combines the enigmatic with the brazenly physical. Fuga doesn't offer the obvious dazzle of Smoczyńska one-of-a-kind mermaid musical horror extravaganza debut Corki Dancingu (2015), even as it shares that film's bold body consciousness and some hallucinatory imagery. But ultimately the subversiveness of the new film runs deeper, into the most private realms of identity and family experience, where Smoczyńska and Muskała dare to venture and lead the audience on an unsettling and unforgettable ride. 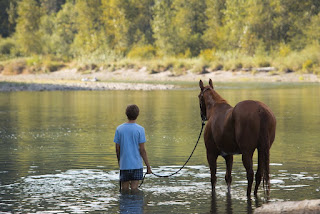 A boy within a family and a boy without one. Sensitivity is so rare in the bludgeoning American cinema of the moment, that these two films (albeit one directed by a Brit) are truly to be treasured, both delicately leading their viewers to understated yet deeply moving conclusions. Adapting Willy Vlautin's 2010 novel, the excellent Andrew Haigh ventured into new territory with an intimate odyssey of a teen (soulful Charlie Plummer) and his horse travelling West in search of a distant relative. Meanwhile, Paul Dano made Richard Ford's novel into a perfectly pitched family portrait that boasted great performances from Carey Mulligan, Jake Gyllenhaal, and, in particular, Ed Oxenbould as the kid realising the extent to which one's parents, though deeply loved, can still be strangers. 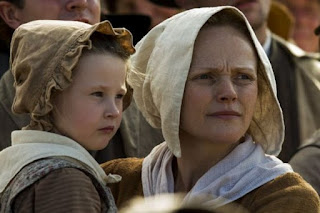 What do contemporary audiences want from a historical drama, these days? Pointless power-playing in palaces, if the rapturous response to Yorgos Lanthimos's latest is to be believed. With The Favourite, the director brings his smug comedy-of-cruelty shtick to English costume drama with wincingly arch results (think Peter Greenaway meets Blackadder); the film ascribes the lowest motives to everyone presented and then plays the very fashionable card of asking us to feel sorry for royalty. The fakery of The Favourite makes the sincerity, respect and humanism of Mike Leigh's Peterloo feel even more valuable (and check out Leigh himself discreetly dissing Lanthimos's film here). In this long-cherished project, Leigh makes the dramatisation of one of the most iniquitous events in domestic British history (the attack on a large group of peaceful protesters at St. Peter's Field in Manchester in 1819) into a vast, immersive panorama of the society of the time, one in which - rightly - no one character dominates. Complaints that the film is nothing but a series of boring speeches are nonsense. Rhetoric - its limitations and possibilities, the way it might bring people into a cause or lock them out - is one of the film's subjects, and Leigh's scrupulous attention to creating believable period dialogue makes Peterloo a film that's as rich linguistically as it is visually. Lest we forget that working men and women have died in the pursuit of rights that we may now take too much for granted, this great (and mostly underappreciated) film offers a sobering, potent reminder. 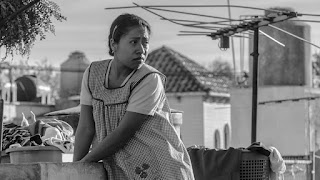 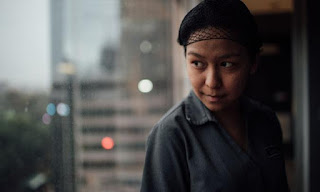 The day-to-day experiences of two Mexican maids - one to a well-off clan undergoing its own domestic strife, the other an employee in a swish hotel in the capital - were the subject of two of the year's best pictures, both of which give respectful, considered attention to the kind of work so seldom seen on screen. Alfonso Cuarón's absorbing, if slightly showy and over-scaled, Roma has been widely  praised, but Lila Avilés' The Chambermaid - humbler, more distilled and ultimately less sentimental - is equally satisfying. 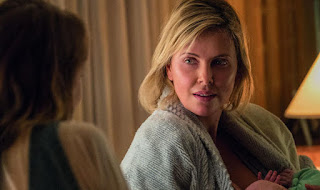 A brave soul might even put Roma and The Chambermaid in a triple-bill with Jason Reitman's Tully, in which the relationship between a harassed mother and the capable "night nanny" employed to help her out proves mutually beneficial. Since I never saw a Reitman film that I liked so far, Tully was one of the most pleasurable surprises of the year for me: brisk in its storytelling, yet weirdly, beautifully, dreamy in texture. Diablo Cody's (mostly) smart script incorporates sly echoes of Albee's Three Tall Women and Ozon's Swimming Pool into its take on the division between motherhood and selfhood, and the film boasts a fantastic turn from Charlize Theron as the not-so-yummy mummy. 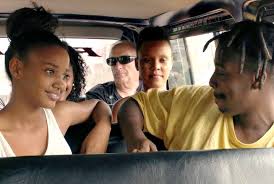 With Djon África, João Miller Guerra and Filipa Reis create the most joyous, open and relaxed of Daddy-quest films, following the amiable, ambling protagonist (Miguel Moreira) as he leaves his home in Portugal to seek out his father in Cape Verde. Loose, digressive and fluid in its structure, and completely unpretentious in content, the film carries the viewer along on its buoyant lightness of spirit. 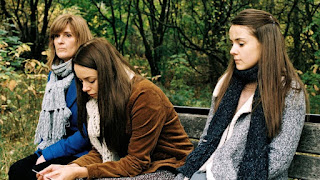 British films that take the subject of religion seriously are a rarity indeed. Daniel Kokotajlo manages it without fuss or fakery in this spare, quietly intense, autobiographically-inspired portrait of a faith versus family conflict in a Jehovah's Witness household in Manchester, in which a daughter starts to question the tenets of the religion that her mother and sister hold dear. As the matriarch, a superb Siobhan Finnernan lets some subterranean slivers of uncertainty and confusion pierce her character's unyielding, implacable facade. 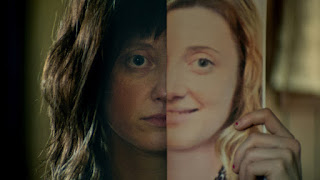 Andrea Riseborough is compelling as the Internet-dependent girl given to fabricating stories and personae yet gradually awakening to her own potential as she undertakes what may be another deception or delusion: claiming to be the long-lost daughter of a couple whose child went missing years before. Admirably, Christina Choe's film doesn't go where you might imagine, and is all the more interesting for that. It also boasts wonderful supporting turns from Steve Buscemi and, in particular, J. Smith-Cameron, as the couple whose life Nancy interrupts. 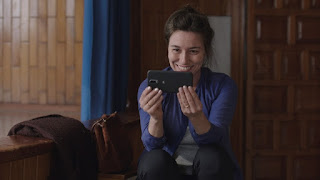 Set mostly within the apartment shared by the widowed Estrella (Lola Dueñas) and her daughter Leonor (Anna Castillo), Celia Clavellino Rico’s film is an intimate exploration of a mother/daughter bond that shows bracing compassion to both parties. The film takes its place alongside Benito Zambrano’s Solas (1999) and Almodóvar’s Volver (2006) (in which Dueñas memorably co-starred) as an insightful Spanish mother/daughter portrait, albeit one that entirely avoids the recourse to melodrama of those predecessors. Rather, Rico's quiet film is as delicate in tone as the Vashti Bunyan song featured on its soundtrack. 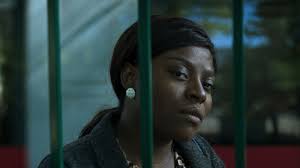 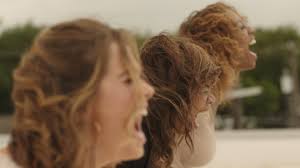 Several memorable films this year explored the experiences of women as collaborators, colleagues or co-workers. Steve McQueen's Widows was probably the most high-profile. Far better, though, were Joy, Sudabeh Mortezai's discreet and powerful drama about a group of sex-trafficked Nigerian women, and Andrew Bujalski's friendly, funny, Demme-ish Support the Girls with Regina Hall gamely making it through the day as manageress of a "brews, boobs and big screens" establishment. 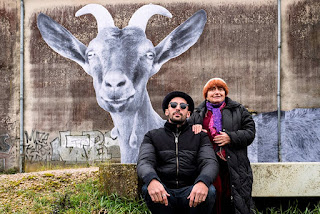 Because Varda and JR are the best travelling companions you could wish for. 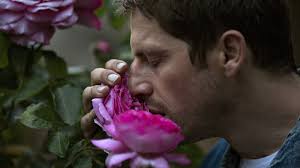 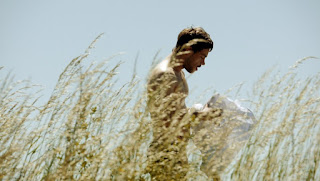 "You don't feel damned between the sunrise and sunset..." The unmistakeable sound of Cocteau Twins' "I wear your ring", scoring an indelible post-coital moment captured in striking overhead shot, is one of the many rapturous episodes in Christophe Honoré's Sorry Angel, which spins a novelistic, digressive account of  a relationship initiated during a screening of The Piano (!), shot through with  Honoré's trademark insight and intelligence. (Read Popsublime's brilliant coverage of the film here.)  Pair Sorry Angel with Sauvage, Camille Vidal-Naquet's equal parts brutal and beautiful portrait of a sex worker's travails, to prove, once again, that when it comes to putting the complexities of love and sex on screen in ways that are frank, natural and honest, French filmmakers are still doing it best. Between sunrise and sunset, there's deep pain in both of these films, but bracing tenderness, too. 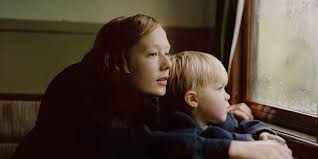 Pernille Fischer Christensen makes Becoming Astrid an absorbing account of the early life of the children's author Astrid Lindgren, one which doesn't fall into the typical biopic trap of elevating the heroine above all the other characters. Still, in the main role, Alba August is radiant; at times suggesting Carey Mulligan or Maggie Gyllenhaal, but with a delicacy and fortitude that's all her own, she keeps us attuned to the character's feelings all the time. The winner of this year's Transatlantyk Festival Audience Award, Christensen's lovely film deserves to be seen much more widely than it has been. 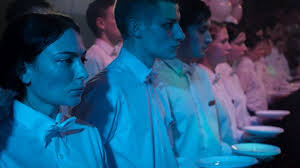 In which Jagoda Szelc suggests that hell is the hospitality industry, as she presents a group of young people undertaking an internship at an isolated hotel, overseen by an extremely exacting Manager (played by an exquisitely-styled Dorota Łukasiewicz-Kwietniewska as a lesbian icon in-the-making). Starting in naturalistic mode, as it shows the group adjusting to their work and forming cliques and friendships, the film's fascination lies in the way it seduces the viewer into strangeness. Making good on the great promise of Szelc's debut feature, Tower. A Bright Day (2017), the confidence of the framing and editing, the placement of the actors, the hypnotic dissolves and immersive sound design, and the general attention to atmosphere, would distinguish a veteran filmmaker. 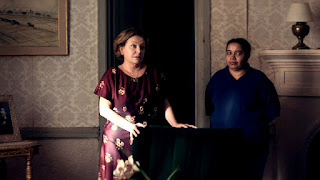 Two terrific Latin American films that explore long-term relationships with candour, wit and insight. Jhonny Hendrix's Candelaria transcends the potential tackiness of its subject matter - an elderly husband and wife accidentally turning amateur pornographers - to make a delightful portrait of a couple that's also a portrait of Cuba itself. (See it before there's a Vanessa Redgrave/James Earl Jones remake!) And I loved everything about Marcelo Martinessi's The Heiresses, in which Ana Brun is glorious as a timid woman belatedly blossoming in her partner's absence.

Bonus: Hannah, Leave No Trace, Black Panther, Les Distancies, They Shall Not Grow Old, Crystal Swan, The Wild Pear Tree, Isle of Dogs, Who Will Write Our History, The Ballad of Buster Scruggs, McQueen, My Friend the Polish Girl, Nothing Like a Dame, Winter Flies, Ułaskawienie, Custody, Suleiman Mountain, Atak Paniki, Love Express. The Disappearance of Walerian Borowczyk, Scary Mother, BlacKkKlansman (first half).

Not Seen Yet: Happy As Lazzaro, Shoplifters, The House That Jack Built.