Covered Girls: Tori Amos and the Art of Reinterpretation 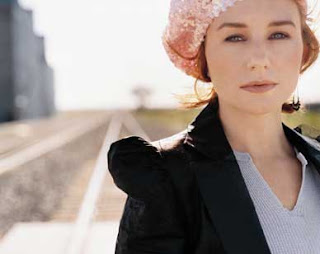 Alongside the many diverse self-penned compositions that she has produced throughout her prolific career, cover versions of other artists’ songs have always occupied a particularly important place in Tori Amos’s live and recorded repertoire. A survey of the songs that Amos has covered over the years reveals an extraordinary diversity, one rivalled by very few artists in contemporary music. Her covers span material from most of the 20th century, encompassing everything from nursery rhymes, show tunes, musical hall and jazz standards, through protest songs, spirituals, folk, carols and pop to heavy metal, rap and grunge, and now the adaptations of classical pieces that form the basis of her superb new album Night of Hunters [review here]. Amos has consistently performed other artists' songs in concert, as well as on the peerless collection of B-Sides that she produced throughout the 1990s, and on her 2001 concept album Strange Little Girls. Ten years on seems an appropriate moment to celebrate that important album, and to place it in the context of Amos’s reinterpretations of others' songs throughout her career.

Despite their diversity, Amos’s choice of covers has seldom seemed random or indiscriminate. Indeed, Amos has emphasised that she will only perform a cover if she feels that she can contribute something new to the song in question. Part of what makes her most successful performances of others’ material so compelling, I’d suggest, is that they come off less as straightforward cover versions than as carefully thought out reinterpretations, which seek to add another dimension to the original version and, sometimes, to radically subvert its meanings. An Amos cover is not necessarily an act of tribute to the song in question, nor does it represent a simple diversion for her from the “real graft” of original composition. Rather, it is a more complex encounter between an extant text and an artist who is expert at approaching songs from unusual angles and infusing them with her unique spirit and interpretive skills.
That interpretive expertise was honed during Amos's childhood recitals and her formative “piano bar” years playing lounges and clubs and taking requests from sometimes appreciative but often indifferent audiences. While Amos has commented upon the difficulty of these years and the frustration that she experienced in performing the likes of “Send In The Clowns” and “Feelings” every night, she seems to have come to acknowledge the importance of this period for her creative development, and has suggested that she learnt much about song structure, stage presence and performer/audience dynamics during this time. 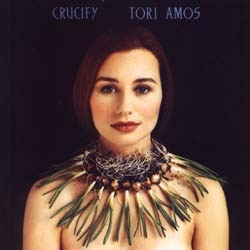 However, the recording that first alerted the wider world to Amos’s special skills of reinterpretation was of course 1992’s “Crucify” E.P. on which intense piano-and-vocal covers of Led Zeppelin’s “Thank You,” The Rolling Stones’ “Angie” and, most famously, Nirvana’s “Smells Like Teen Spirit” succeeded in stripping back these rock songs - two classics and one soon-to-be classic - to uncover nuances and vulnerabilities previously obscured within the originals. These three haunting renditions set the standard for Amos's future cover versions with their mixture of care, intelligence, and impudence. In particular, by boldly transforming Nirvana’s raging anthem into a classically inflected piano ballad Amos offered a timely demonstration that hardcore emotion may be expressed through quietness and economy as well as volume. A female musician performing the song in this way constituted a provocative challenge to grunge’s masculine ethos, proving, in the words of James Hunter in Rolling Stone, that the genre’s “blend of emotional distress and sonic kicks represented a state of mind as much as a guitar sound.”
Although primarily a showcase for her original material, Amos’s Little Earthquakes tour included performances of all the “Crucify” E.P. B-sides plus her favourite Zeppelin song “Whole Lotta Love.” A trio of equally distinctive covers then appeared on the special edition single for “Cornflake Girl”: Joni Mitchell’s “A Case of You,” Jimi Hendrix’s “If 6 Was 9” and the harrowing “Strange Fruit,” made famous by Billie Holiday. “To show that all things are possible, and permissible, for me as a singer-songwriter,” Amos explained when asked by Joe Jackson in Hot Press why she had selected these songs specifically; she went on to stress the importance of each of these artists to her own development as a performer and composer. Her take on the Hendrix song was particularly striking, with her piano played through a Marshall amp in order to create a discordant electric guitar-style motif, a move that prefigured the kind of keyboard experimentation that she would develop across Boys For Pele (1996).
1994’s mammoth Pink tour found Amos introducing the likes of Fleetwood Mac’s “Landslide,” Springsteen’s “I’m On Fire,” The Police’s “Wrapped Around Your Finger” and a selection of Beatles tracks into her repertoire, while her measured take on “Famous Blue Raincoat” was one of the highlights of the patchy Leonard Cohen tribute album Tower of Song in the same year. Discussing her version of the Cohen track, Amos talked for the first time about entering a song through the perspective of one of its characters, in this case “Jane” whom she envisaged discovering the letter which is described and transcribed within Cohen’s lyrics. This character-based approach would become increasingly important to her later cover versions.
By the release of the Boys For Pele singles, fans had come to expect something special in the way of Tori-fied covers and were not disappointed as, in a particularly left-field move, Amos turned her attention to the work of cult Cockney duo Chas & Dave, relishing the tongue-twisting lyrics of “That’s What I Like Mick (The Sandwich Song)” - with its homages to fellow piano virtuosos Little Richard and Jerry Lee Lewis - and offering a sultry yet wry take on “London Girls.” “This Old Man,” meanwhile, became an ambiguous, rather menacing piece with undertones of emotional and physical violence. Unsurprisingly, the accompanying Dew Drop Inn tour included some of her weirdest covers - everything from “Kumbaya,” “Blue Moon” and Stephen Forster’s “Oh Susannah” to The Cure’s “Love Song” and a riff on Tag Team’s “Whoomp! (There It Is).” (Yes, really.)

On this tour, too, Amos developed her practice of occasionally pairing others’ songs with her own, performing, for example, a short section of Björk’s “Hyperballad” before “Butterfly” and turning Nine Inch Nails’ “Hurt” into a prelude for the Pretty Hate Machine-referencing “Caught A Lite Sneeze.” This novel idea allowed her to create some fascinating “sonic dialogues” between her work and that of her song-writing peers and demonstrated her gift for linking songs both thematically and emotionally. Sadly, few of these performances were recorded for posterity beyond bootlegs but 1996’s “Hey Jupiter” E.P. did offer one special rendition: namely, the priceless moment when Amos achieves the feat of silencing a group of particularly rowdy, baying fans with a breathtakingly fragile version of “Somewhere Over The Rainbow.”
The choirgirl and To Venus and Back sessions yielded fewer cover versions, though a spaced-out “Have Yourself A Merry Little Christmas” and a memorably histrionic take on Steely Dan’s “Do It Again” both proved effective B-Sides to the “Spark” singles. But just as fans may have been wondering whether her interest in performing others’ work was waning, Amos returned with her most ambitious, controversial and divisive covers project yet: her 2001 album Strange Little Girls. 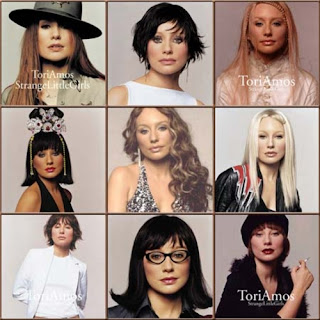 Amos's covers have often reflected her commitment to giving listeners an insight into what the male-drawn map of rock music history looks like when approached from a female performer’s point of view. Nowhere was this commitment clearer than on Strange Little Girls, which saw Amos reinterpret twelve male-authored tracks from the perspectives of an assortment of female characters, developed in collaboration with Neil Gaiman. While we now know that this album was in part a way for Amos to fulfil her contractual obligations to Atlantic without providing them with any original songs, it’s also immediately apparent that the work goes far beyond this. For Strange Little Girls emerges from Amos's concerns with the definitions of gender roles and the sometimes questionable construction of female characters in contemporary songs by men.
In Piece by Piece Amos explained the album’s genesis in typically vivid terms. “[P]eople were talking to me about how popular music was getting more violent,” she claimed. “Male songwriters were saying these really malicious things … Neil, Mark [Hawley] and I really felt, as I was nursing my little girl child in my arms right before Christmas in the year 2000, that a generalized image of the antiwoman, antigay heterosexual man had hijacked Western male heterosexuality and brought it to the mediocrity of the moment. At its core, this perverted male image was filled with malice and getting high off swallowing its own violent ejaculation.”
Reinventing the covers album as concept album, Strange Little Girls presents itself as Amos’s response to the casual violence and homophobic and misogynistic messages which, she felt, were being expressed in popular song at the beginning of the 21st century. The carefully chosen and researched covers featured on the album included such alpha-male anthems as The Stranglers’ “Strange Little Girl,” Slayer’s “Raining Blood,” and, most notoriously, Eminem’s “’97 Bonnie and Clyde,” his infamous rap about murdering a troublesome wife and involving a young daughter in the disposal of the body.